So you’re interested in what you can read to become a better designer, architect, urban planner, urbanist, or neighbour living and working in a super-divers city? We’ve asked our DCFA-fellow Galit Ariel to name their favourite must-reads books. For all you city designers that want to empower yourself (and others), let these reads guide your practice of transforming cities for the better. And guess what? You can order these books with a pretty neat discount* via our local bookstore Athenaeum!

Expect statements like: ‘Don’t abolish vulnerability with technology, you need it to explore and grow’ or ‘Stop the gold-digging. Work towards every startup being long term successful, instead of betting on 1% hitting gold and the rest failing’. Galit: ‘This is a brain teaser with statements and suggestions to create better tech development and design principles. It’s created as an open-source by a group of technologists, designers, artists, and thinkers during the Copenhagen Tech festival in 2018.’ These are just two of the 150 principles for a new direction in tech which was created in 48 hours by 150 people. Want to know the other 148 tools you can use for tech development and design principles? Download The Copenhagen Catalog for 150 catchy inspiring principles coated in simple and creative illustrations.

Galit: ‘Glitch Feminism is a thought-provoking book by curator and thinker Legacy Russell, that challenges ideas of body, representation, and agency within tech frameworks.’ A glitch is perceived as a negative error, but in this book, Russell states that the glitch can be perceived as a positive moment of non-performance where minorities form their own identities. The book starts with her childhood in New York and her experience with heteronormative culture at middle school. That’s why the internet was her freeing place where she could be anyone she wanted. These days we are connected all the time. There is no clear divide between the physical and the digital world. Russell makes some radical demands about the endless identities human beings can have, transform and perform. Read this book if you want to know more about cyberfeminism and how identities are formed through the internet nowadays.

We hear the term gentrification a lot these days, but do we realise the threatening effects enough? Peter Moskowitz looks into the enormous systemic forces behind gentrification in American cities like New York and San Francisco. We as readers get a look into the corporate and political playground where destructive housing policies are made. But, we also read about the lives of families who can not afford their homes anymore. Galit: ‘This book gives deep insights on the (dark) forces behind ‘up and coming’ neighbours with artizan coffee joints. Who gets affected through gentrification and how do we develop urban areas in a more equitable way?’ Want to know more about gentrification and how we can get the power back in our cities? Order below!

Galit: ‘In this book Alexander Kluge and Oskar Negt explore notions and tension of universal, shared & private spaces, and how they are shaped by societal and political paradigms – and tools such as mass media.’ In the political discourse, ‘the public sphere’ is an important space for political action. But, how do these spaces work? Is it about a universal space where different people or groups with different positions in society compete for recognition? Kluge and Negt analyse the material conditions of experience in the arena of the consumer culture and the media of the mass.

There was a time where there was a lot of optimism when it came to the use of the Internet, but should we still be optimistic when it comes to technology these days? The clothes in your online shopping basket, how far you have run, and what you search on Google – these are all examples of data that is recorded, analysed, bought, and sold. According to Shoshana Zuboff we are at a crossroads to choose what kind of world we want to live in. This book gives us a look into how technology and data are used these days, but also what we can do to be the masters of the digital and how we can protect ourselves. Galit: ‘The Age of Surveillence Capitalism is a fundamental and critical book if you want to understand the loop between capitalism and data exploitation. A must-read for anyone using ANY digital platform or device.’

*) With code DCFA2122 you get a 10% discount at Athenaeum Bookstore on non-Dutch publications. Use the order links to be referred to the shop.

You can find all the livecasts co-created by Galit Ariel and additional articles and other reads in our online DCFA research file! 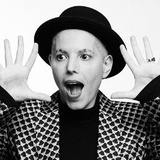 Galit Ariel
TechnoFuturist & Founder and Head of Futures at Future Memory Inc.
Comment on this article
Questions or remarks regarding this program? Please have a look at our Frequently Asked Questions
Compiled by 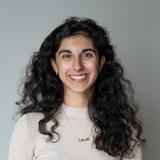