The covid-19 pandemic has an enormous impact on cities worldwide. Especially within areas such as employment, health care, social services and the economy: both now as in the near future. In the seventh program of the Infected Cities series, we will look at how the city of Tokyo is currently dealing with this pandemic. During this LIVECAST we will have conversations with different experts about the current and future impact of this crisis in Tokyo. Together with DutchCulture, we will listen to voices of different ‘city makers’ such as artists, creatives, volunteers and their situation. The speakers will give us an insight into their daily works and explain how they commit to making a positive impact during this pandemic.

Pakhuis de Zwijger broadcasts daily online programs via LIVECAST. You can also join the conversation via the Zoom url in your reservation mail.

Infected city Tokyo: Social Impact
Since January when the coronavirus appeared in its neighbouring country China, Japan’s handling of the pandemic has been a rocky journey. Tokyo, as one of the most populated capitals in the world, has recorded nearly one third of the country’s COVID-19 cases so far. The pandemic hindered the city ruthlessly from welcoming the world and showcasing itself through the highly expected Olympic Games, which, despite all the costs, had to be postponed for a year to the summer of 2021. It has also been a critical challenge for the healthcare system and the governments’ efficiency. After the nearly two-month long state of emergency, regulations started to become less strict from late May. Now, economic activities and domestic mobility are fully restarting. The question becomes: what have people learned from the past few months? How will life in Tokyo be in the coming period? And is there a clear prospect for the ‘2020 Tokyo Games’ to take place in 2021?

Impact on the cultural sector
As a cultural centre for creators in Japan and beyond, Tokyo is renowned in the world for new trends in art, fashion, technology and animation. The city of Tokyo intended to take the opportunity of 2020 Tokyo Games to promote art and culture from Japan to the world. Many initiatives with international cultural collaboration had also been planned across the city throughout the year. The impact has been felt greatly as museums, theatres, concert halls and cultural centres had to close their doors for months in the mid of the pandemic. This disrupted their schedules and programs. But, what’s the role of art and culture amid and after COVID-19 in Tokyo? Is there solidarity in the cultural sector? And, what have the past few months meant for local artists? 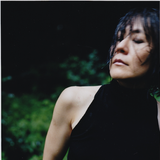 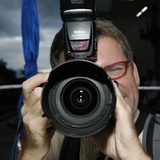 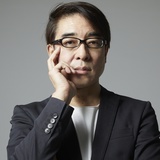 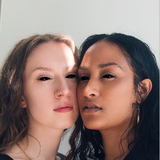 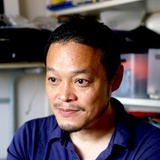 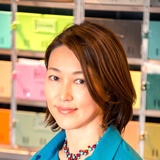 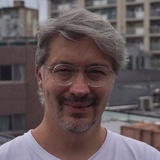 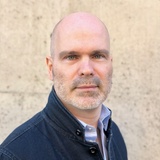 Kjeld Duits is a Tokyo based Japan Correspondent who has lived and worked in Japan since 1982. Duits has covered politics, society and breaking news in Japan, and most of the major natural disasters in Asia, for organizations like Dutch national broadcaster NOS, Associated Press, Dutch daily NRC Handelsblad and others. His photography has been displayed in major museums, and published, worldwide. Since 2010, Duits also runs MeijiShowa, a stock photo agency based around his private collection of images of Japan between the 1850s and 1960s.

Tomoko Mukaiyama is a Dutch-Japanese pianist, visual artist and director based in Amsterdam. She has been engaged by many prestigious orchestras and ensembles throughout the world, like the Ensemble Modern in Frankfurt, the London Sinfonietta and the Royal Concertgebouw Orchestra, among many others. As a multi-modal artist she develops performing arts projects and art installations that combine music with modern dance, fashion and visual art.

Tak Umezawa As partner of A.T. Kearney, a global management consultancy, Umezawa has advised leading corporations in Japan and the US. Areas of his expertise include strategy and innovation.Umezawa serves government committees on creative industry development, inbound tourism and innovation. He played a key role in lobbying the government to revise the “no-dancing after midnight” law. He co-founded JNEA and has supported Japan Tourism Agency and the ruling Liberal Democratic Party on policy development for night culture and economy development.

LIONSTORM is an Amsterdam based hip hop duo composed of Vuige Muis and Skerrie Sterrie. The Hip Hop duo noticed a lack of queer role models within the Dutch hip hop scene and coming from a shared love of this genre, they decided to form a rap formation. They are mostly known for their sexy aggressive style in their lyrics, concerts, music video’s, clothing and pictures which are all released under the same name. Lionstorm were invited to Tokyo late November 2019 to participate in the establishment of a feminist manifest to empower women in the Japanese night life by TittyMag and Chicks on a mission Tokyo. During this first week in Tokyo they also connected with the scene and did several gigs.

Yoshie Ota was born in 1972, currently works as chief curator and Head of International Engagement of Curatorial and Production Department for Spiral/Wacoal Art Center (Tokyo) and director of international program ‘Port Journeys’ for Zou-no-hana Terrace (Yokohama). Utilizing the wide-ranged network of artists from around the world, she not only curates the exhibition but develop the art-related business in various ways. Main recent projects, ‘Fujiwo Ishimoto exhibition: From Marimekko Flowers to Ceramic Fruits’ (2018-2019/Matsuyama, Kyoto, Tokyo), ‘Lu Yang exhibition: Electromagnetic Brainology’ (2018/Tokyo).

Olivier Fabre is a freelance multimedia journalist based in Tokyo where he has lived since he was eight years ago. As third generation Japanese / French and second generation gay man he joined the Pride House Tokyo in 2019 after 25 years of working for Reuters news agency. He besides wiritng about Japan, he also fact-checks media and social media sites and takes care of his miniature schnauzer and five rice fish in a lotus ceramic pond.  For the Pride House Tokyo, he works closely with the embassies in Tokyo, including the Embassy of the Kingdom of the Netherlands to further understanding of LGBTQ issues in Japan through the Olympics – which have been postponed to 2021 due to the Covid-19 pandemic.

Koen Klinkers is an architect and urban planner who during his studies gained professional experience by working in the offices of Fumihiko Maki. He works for various frontoffice’s ranging from private houses to commercial interiors and international firms, both in Japan and Europe. Since last year Koen is the General Manager Japan for BEE Enterprises, a Green Building Solutions company based in Hong Kong. BEE specializes in LEED and WELL certifications. Koen established BEE Japan Ltd. and is helping to expand their business in Japan.

Even venues in small, enclosed spaces can now reopen, but patrons should still practice safety precautions

Is Japan’s low COVID-19 death rate due to a 'higher cultural level'?

From near disaster to success story: how Japan has tackled coronavirus

Tokyo Olympics in 2021 at risk of cancellation admits Japan's PM