The resurgence of the coronavirus particularly across Europe makes clear that the pandemic will not pass soon. In addition, European cities have to deal with other crises concerning for example social inequality, polarisation and the living conditions of migrants. The cultural and creative sectors can be a driver of social impact in its own right, favouring resilience and innovation. In this program of the Infected Cities series, we look at Athens. Together with DutchCulture, we searched for different ‘city makers’ in Athens such as artists, designers and other storytellers. During this LIVECAST the speakers will give us an insight into their daily works and explain how they commit to making a positive impact in their city in ongoing corona times. 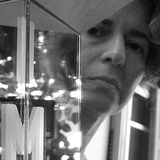 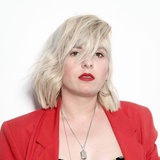 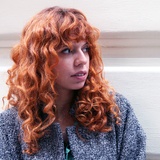 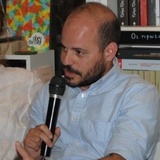 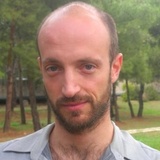 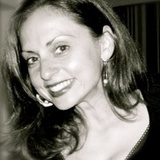 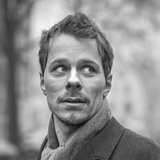 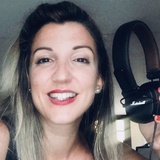 Angeliki Douveri is a visual artist and a visual arts educator. She has also curated exhibitions, run an artist residency in rural Greece and worked for museums and art institutions. Her artworks has been exhibited in five solo exhibitions in Greece and in more than sixty group exhibitions and festivals in Europe and the USA, mainly showing photography and video art. Angeliki’s strong background in photography has gradually given way to exploring different mediums and techniques. Consistently reoccurring concepts in her work are memory, absence and language, the latter increasingly functioning as her personal loudspeaker on social observations.

Philippa Dimitriadi is a Journalist specialized in urban and pop culture. She was born in 1990, in Athens, Greece. She has a BS in Political Sience and History and has been writing for magazines and websites since 2009. Right now she works for the Network For Children’s Rights as a Coordination Assistant of the Young Journalists‘ team, which publishes the multilingual newspaper “Migratory Birds” and produces podcasts for the web-radio “Dandelion”.

Theodora Malamou is an artist and occasional curator of independent art projects. She studied Fine Art (BA) in Coventry University and completed her MA degree at the University of East London. Theodora gained work experience as an administrator and coordinator for galleries and cultural organizations in Greece and the UK. She has collaborated with magazines as an arts editor (Velvet magazine) and editor in chief (Ozon magazine) and with members of the local music industry as part of a promotion and production platform. She held the position of press and communication officer for the Gagosian Gallery of Athens  and Delphi Festival. Her art practice mixes recognizable images of everyday life, folk motifs and memories through a personal point of view. She works with painting, photography, embroidery, screen printing and video in order to compose a colorful visual vocabulary that focuses on contemporary matters. Malamou also enjoys organizing and curating small independent projects, the most recent one being Athens Laundry – Bougada, an online photographic project inspired by laundry hanging out to dry in the neglected part of the city center of Athens, where she lives.

Thomas Huisman studied history, specialising in modern Greek history. During his Erasmus exchange in Thessaloniki he learned the language and has been coming back to Greece at least three times per year ever since. He is a photographer, on his bouzouki he plays regular gigs of rebetiko music (Greek urban blues of the 1930’s) and works as a fixer/researcher/translator for documentary productions and festivals, both in Greece and the Netherlands.

Dr. Matina Magkou is an independent consultant, trainer and project manager in the fields of culture and creative industries, culture and youth policy, civil society and social innovation, based between Athens (GR) and Nice (FR). She currently collaborates with a number of international organisations for the evaluation of cultural and social impact programmes and for communications projects. Between 2017 and 2019 she worked as Head of Communications for the Athens Development and Destination Management Agency and as Scientific Advisor to the Greek Ministry of Education, Research and Religious Affairs. Previously, she had worked for different large scale events (Athens Olympic Games 2004, European Capital of Culture – Patras 2006, International EXPO- Zaragoza 2008, the Spanish Presidency of the EU in 2010), festivals and cultural organisations. Matina holds a PhD in Leisure and Human  Development Studies from the University of Deusto (Bilbao, Spain) and ic currently an Associate Researcher at the SCI.Lab of the University of Côte d’Azur (Nice).

Lefteris Papagiannakis was born in France in 1971. He completed his primary and secondary education in Greece. He returned to France to study public law in the University of Lille II, followed by a DEA in European Community Law and International Economy. After the completion of his studies he worked in the European Parliament as a parliamentary assistant. Since then he also worked on the education of the muslim minority in Greece (in Thrace), as a legal counselor for the political party Ecologists Green and the Special Secretariat on environmental inspection. He was elected in the municipal council of Athens in 9/2014 and named vice mayor on migrant and refugee affairs from 3/2016 to 8/2019. He was chair of the working group Migration and Integration of the Eurocities Network and vice President for Refugee Issues of ECCAR (European Coalition of Cities against Racism) and president of the Council for the Integration of Migrants of the Municipality of Athens. He also is the General Secretary of the Hellenic League of Human Rights and  member of the board of the Greek Council for Refugees. Since 11/2019 Lefteris is Head of Advocacy, Policy and Research for the greek NGO SolidarityNow.

George Sachinis is the co-founder of Ohi Pezoume Performing Arts Company (OP).  Since 2004, his contribution to the company’s “UrbanDig” Projects includes theatre-direction, artistic production, cultural management, community facilitation. OP’s “UrbanDig” is an on-going platform of work in the fields of site-specific performing arts and participatory cultural research and development in neighborhoods. In the mornings, George works as a civil and environmental engineer, head of assessment and support of new activities in Athens Water Supply and Sewerage Company (EYDAP). George is a graduate of Central School of Speech and Drama in London (MA in advance theatre practice), Duke University (Bsc Civil/Env. Engineering and Institute of the Arts Diploma) and University of California at Berkeley (MSc Civil/Env. Enginering).

Sofia Spinoula is a music events manager and musician. Raised in the musical island of Corfu, studied in Athens and in Rotterdam, she finally found her city in Amsterdam. She has studied music, business administration at the Athens University of Economics and Business (AUEB) and mastered in marketing at the RSM Erasmus University (Rotterdam School of Management). In 2013, she decided to piece together her greatest passions and nowadays she organizes online & offline intimate live music events with the best talent there is. She performs regularly a hand-picked Greek & Mediterranean repertoire in unique locations & occasions. 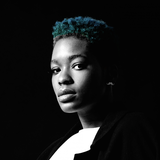