What does it mean to belong to a country? A city? A community? How do people create connections to a space and what makes a home? In this Designing Cities for All Special, we go on a journey through the senses and explore the various scales of belonging in a super-diverse society. With the increasing migration, many cities in the Netherlands are becoming super-diverse. These cities contain a melting pot of different cultures and identities (ethnicity, gender, religion, sexual orientation, age etc.), all of which experience their own sense of belonging. But what if these experiences are in conflict with each other? How can we design (public) spaces for every individual to feel like they belong?

Together with various researchers, artists, designers & experts, we will take a deep dive into the various ways  our senses can trigger a connection to a space, and explore whether it’s time to reinvent our collective sense of belonging.

Pakhuis de Zwijger broadcasts daily online programs via LIVECAST. You can also join the conversation via the Zoom url in your reservation mail.
Speakers 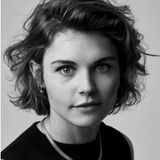 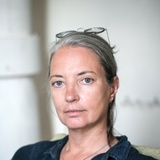 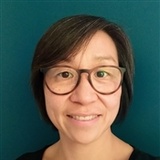 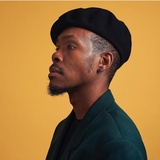 Maartje Janse (Amsterdam)  is Makers Unite’s facilitator and coordinator of the Creative Lab. She is also involved in the product development and design at Makers Unite. Her passion is rooted in working on circular, sustainable, repurpose and recycle projects in different ranges. With her background in Fashion design and Cultural Economics & Entrepreneurship she knows the creative industry in the Netherlands from the inside out and has a broad experience with facilitation of workshops and teaching, fashion product & concept, material development and research in textiles and fashion.

“Connecting Makers, Uniting People” is the slogan of Makers Unite, a creative enterprise with a social mission to facilitate a platform for social inclusion. Through various activities they provide equal opportunities to newcomers & locals by making products with a story that matters. Making together leads to dialogue and trust. Makers Unite engages the public by selling products that encourage conversation, thereby shifting narratives around migration globally.

Tom Loois (Utrecht) is a curator and program maker at RAUM. He is involved in a wide range of projects, including podcasts, exhibitions, audio tours and social experiments. The common thread in most of his projects is to pursue social belonging and question conventional systems. Tom wants to contribute to a world in which there is more room for accessibility, wonder and connection. Together with city-lab RAUM, based in Leidsche Rijn near Utrecht, he discovers new perspectives on city life. By reconsidering our public spaces, RAUM strives to design welcoming spaces for the diverse publics of our contemporary cities. Through exhibitions, public programs and research, they question the relation between people and their public surroundings.

“How can we get more people to co-create the city and feel more ownership and sense of belonging to that city?”

– Donica Buisman, director and co-founder, in an interview about RAUM’s guiding question.

This can be seen in their current open air/online exhibition RAUM der Lusten, where they discover  exciting alternatives for our public parks and squares. But also in their podcast series ‘Ansicht‘ (only available in Dutch), in which six writers explore how people behave in public spaces and how we can design for them to engage with them.

Ineke Smits (Rotterdam/Georgia) graduated as a photographer and video artist from the Rotterdam Art Academy and studied film directing and script writing at the National Film and Television School in England. Her features, such as Magonia (2001) or The Aviatrix of Kazbek (2009), received several awards and have been on screen at many international film festivals. As a script- and project coach Ineke worked on various international fiction- and documentary projects and teaches young makers across Europe.

She is heavily influenced by Eastern European Cinema, which can be seen in most of her successful documentaries. ‘Little Man, Time and the Troubadour‘ (2019), which premiered at IFFR 2020, tells the story of an artist who travels through Abkhazia, an unknown and abandoned region of Georgia. By following him and his marionette theatre along, looking for the national soul of his small, yet diverse fatherland, they raise questions about how to define a country. What connects us to a culture? And in the end, in a world where borders wouldn’t matter, what would we consider as home?

Dr. Maggi Leung (Cologne) is associate professor in the Department of Human Geography and Planning at Utrecht University. She has worked at various universities in Hong Kong, Germany and the Netherlands since she completed her PhD in 2002. Her research interests are rooted in diverse themes linked to social, cultural and development geography, including mobilities, diaspora and transnationalism, cultural heritage, identities and belonging. She is a Steering Committee member of the Focus Area ‘Migration and Societal Change’ at Utrecht University, and a Steering Group member of the IMISCOE (International Migration, Integration and Social Cohesion in Europe).

In addition, Maggi is a co-researcher at the EU funded project ‘Welcoming Spaces‘. Welcoming Spaces aims to search for new ways to address how to contribute to the revitalisation of shrinking areas in the EU while also offering a welcoming space for non-EU migrants to pursue their life projects.

We will end the night with music as another layer of belonging; touching and triggering the senses with a performance from Xillan Macrooy. Xillan was born and raised in Suriname, where the cultural diversity is as lush and colorful as the tropical rainforest. In his early twenties, the singer-songwriter moved to the Netherlands to manifest his dreams. In all his musical adventures, be it the futuristic experiments of his band KOWNU or the unabashedly queer expression of his solo project, he strives for the same goals; connection, liberation and transformation.

Read more
Co-creating the city – in conversation with RAUM

It’s all about empowering the people!

Shrinking areas as dynamic spaces of care and resilience

Shrinking areas, “the lands of the margin”, are often depicted as places of disadvantage, depopulation, abandonment, marked by lack of opportunities and services (e.g., logistics, education, health, transports) that negatively affect the quality of life of their inhabitants>>

More than 100 communities with different nationalities are living in Rotterdam. They all brought their own food habits and adapted them to the new city life.
Linda Roodenburg looked in her own city for cooks who were famous for their dishes and meals in their communities. As a result the book is full of stories and images about food habits, changing traditions, ethnic shops, products, ingredients and recipes, all placed in a historical and cultural context of the different homelands>> 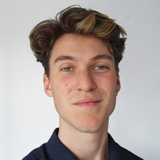 How can designers contribute to the creation of inclusive cities for, and by everyone?