We live in a city of men. Our public spaces are not designed for women. There is little consideration for women as mothers, workers or carers. The urban streets are at times a place of threat rather than community. Gentrification has made the everyday lives of women, especially low-income women, even more difficult. But what would a metropolis for working women look like? In Feminist City, through history, personal experience and popular culture, Leslie Kern exposes what is hidden in plain sight: the social inequalities built into out cities, homes, and neighbourhoods. Today, Leslie presents her book and goes into conversation with a number of guests about our Dutch context and specifically the city of Amsterdam.

Pakhuis de Zwijger broadcasts daily online programs via LIVECAST. You can also join the conversation via the Zoom url in your reservation mail.
With 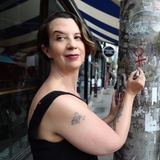 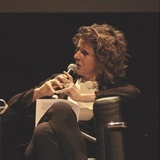 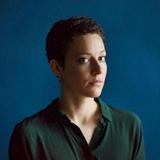 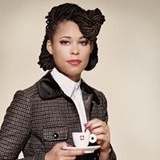 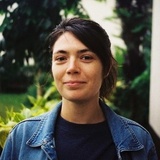 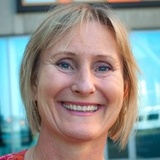 More information on the program and speakers will follow soon!

Before and after this program, you are invited to listen to Wilde Wijven (Wild Women), a podcast by Heleen Debruyne and Sofie Vandamme, in which they explore the way we think about women, now and in the past. The second episode is called Seks(e) and the City and revolves around being welcomed in, and claiming (public) space. Sofie and Heleen will go into conversation with Leslie, in order to discuss some of the main findings they both had in their respective searches.

Leslie Kern is a feminist urban geographer. She currently is an associate professor in the department of geography & environment and in the women’s and gender studies program at Mount Allison University. She’s also the director of women’s and gender studies and has a doctorate in gender, feminist, and women’s studies from York University. Her research revolves around gender and cities, gentrification, and environmental justice. As said, she is the author of ‘Feminist City’ an exploration of the gendered urban world we live in, published in July 2020 (Verso Books). All of Leslie’s work is informed by a feminist, social justice-oriented worldview.

Sofie Vandamme is as lecturer and researcher affiliated with the KASK/School of Art in Gent. She has a background in Social Sciences en Anthropology. Her expertise lies at the intersection of psychiatry, literature and the arts, with a special interest in anything related to womanhood. She’s a managing director of De Letterie, a house of literature by the seaside, and is one of the makers of the Wilde Wijven podcast.

Heleen Debruyne studied history and published her first novel De Plantrekkers in 2016. Together with Anaïs van Ertvelde she made the podcast Vuile Lakens (Dirty Sheets), in which they question how our society deals with sex and the body. Heleen also writes a weekly column for Humo and makes radio at Klara. Together with Sofie Vandamme, she’s the creator of Wilde Wijven.

Marieke van Doorninck is alderman of the City of Amsterdam on behalf of the Green Party (GroenLinks). Her political portfolio consists of  Sustainability, and  Spatial Planning. In that role, she has been the initiator of the Women Make The City, a project to include women’s voices and visions in urban planning. Marieke previously worked on human rights in the context of prostitution, human traficking and migration, for organisations including the Mr A. de Graaf Foundation, La Strada International, Oxfam Novib and Mama Cash.

Caroline Combé – Head of Urban Planning, City of Amsterdam – replaced the Alderman, as she was held in a council meeting.

Afaina de Jong is the founder and director of Amsterdam based architectural agency AFARAI, which specializes in spatial design and strategy. The studio’s aim is to cross the boundaries of the traditional architecture practice by dealing with the existing city with an intersectional and interdisciplinary approach, integrating theory and research with design. As a studio, AFARAI considers itself a feminist practice that encourages change on social and spatial issues and that accommodate differences. Afaina’s work is deeply connected to represent people and cultural movements that are not traditionally represented in architectural form.

Femke Awater studied Cultural Anthropology and after that the masters Journalism and Media. She is projectmanager at the Amsterdam Museum and projectleader of Vrouwen van Nieuw-West (Women of New West), a project initiated by the Amsterdam Museum and Pakhuis de Zwijger. Femke is also a member of feminist platform De Bovengrondse (Above the ground).

Wilde Wijven is a coproduction of deBuren and KAAP, both also partners to the program.

In Feminist City, through history, personal experience and popular culture Leslie Kern exposes what is hidden in plain sight: the social inequalities built into our cities, homes, and neighborhoods. Kern offers an alternative vision of the feminist city.

Join Afaina’s Book Club about feminism and architecture. ARCAM’s Architect in Residence Afaina de Jong will explore the subject of feminism in architecture and female architects in the coming months. You can join her quest by joining her book club. In this book club we will dicuss one book a month together in a ZOOM session. Below you will find which book we will read in which session. 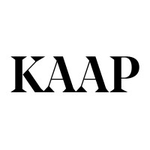 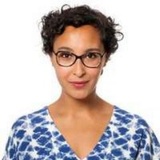